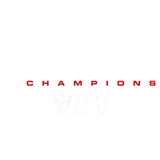 There are currently 14 playable Champions in Quake Champions.

Unlike previous Quake titles, Quake Champions has an emphasis on unique playable characters each with different abilties and stats.

The Champions are characters from the previous Quake games or from completely other games also owned by Id Software.

Champions can be sorted into three weight classes based on their stack, speed, and size.

Light champions are, health wise, the weakest of all the other champions being able to only have a maximum of 100 health and 75 armor. Light champions make up for this disadvantage by having some of the best mobility abilities in the game, allowing they to quickly traverse around a map and dodge incoming fire. Because of their play-style, they are considered some of the more difficult to play champions.

Medium champions are have a maximum of 100 health and 100 armor. Medium champions usually have abilities that can be used both as a utility and to deal damage (the one exception to this rule being Visor). The skill level for these champions range from beginner friendly to rather difficult, but are generally are not as complicated as Light champions.

Heavy champions sport a large hitbox but make up for it with their large maximum stack of 100 health and 125 armor. Along with this, Heavy champions usually have abilities help improve their survivability in some way, whether it be as impactful as surrounding themselves in a damage reducing shield or as minimal as taking reduced knockback or having improved mobility to better enter and escape fights.